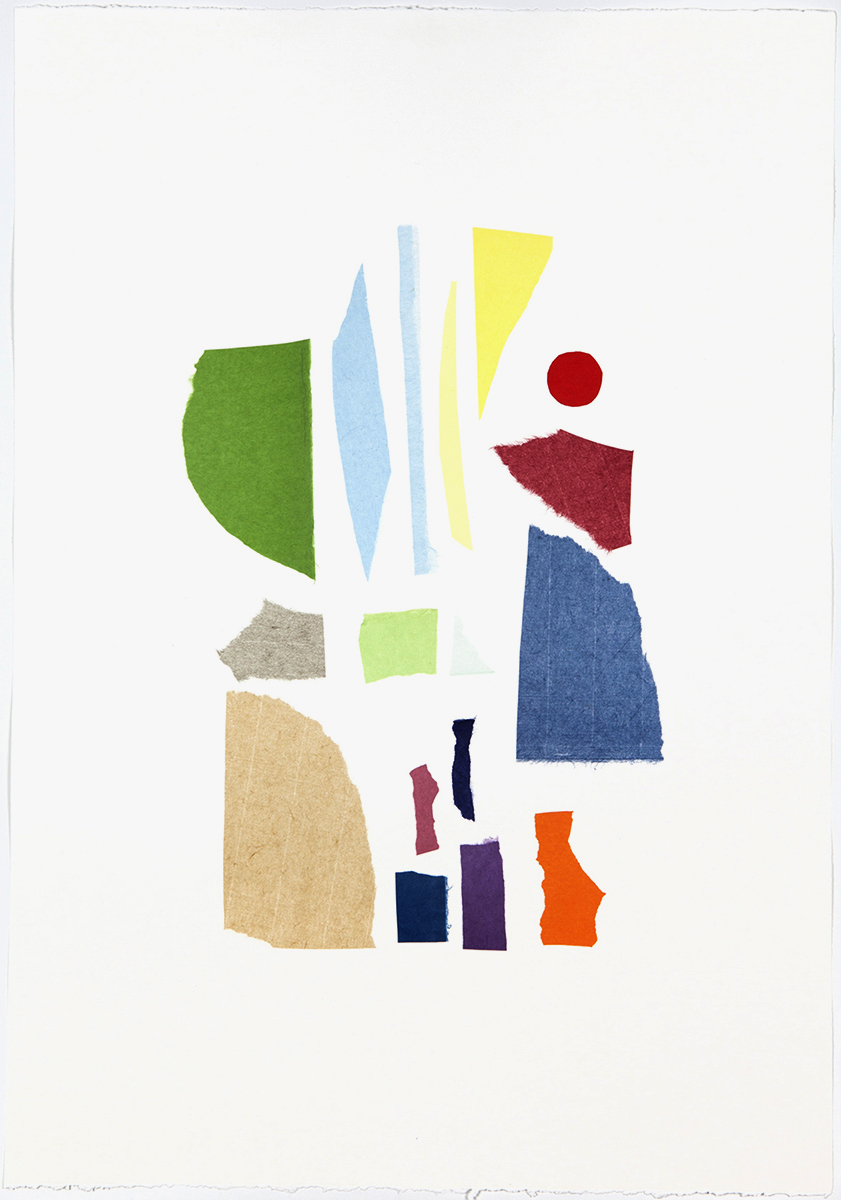 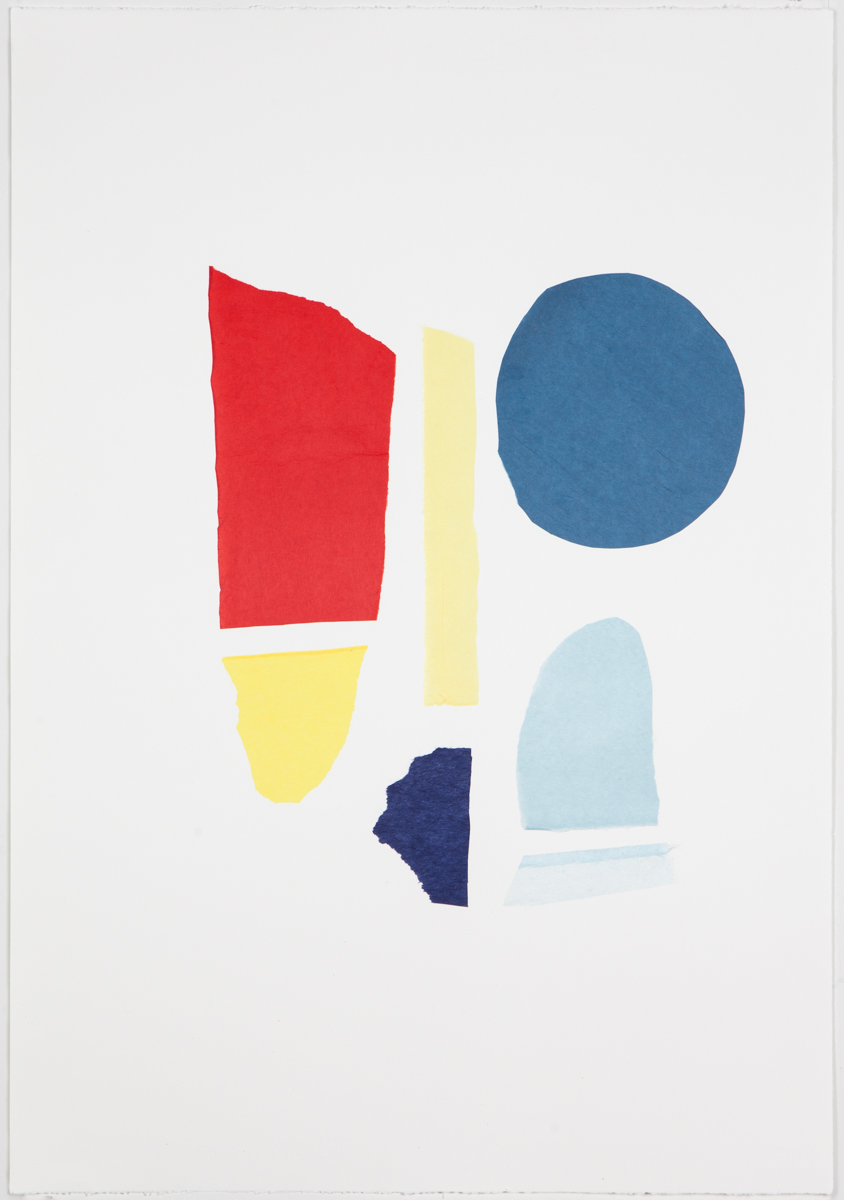 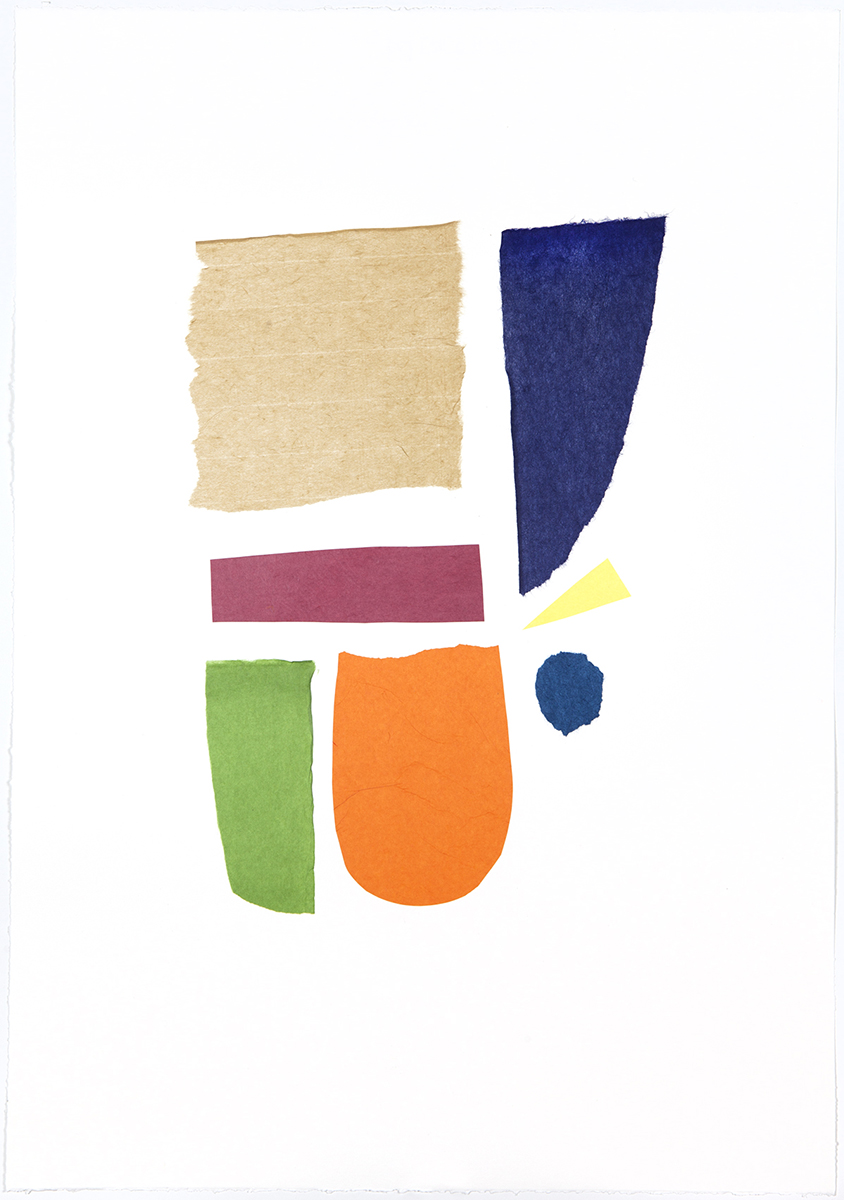 Robin Cameron (b. 1981, Canada) is a New York City based artist working in a range of media, including sculpture, video, photograms, and printmaking. Her work has a fragmentary nature to it, as parts come together to create a whole. During her first project at Wingate Studio, Cameron created three series of monotypes using the process of chine collé, in which handmade Japanese paper is bonded to a heavier backing paper with wheat paste and the pressure of the printing press. Traditionally, this technique has been combined with etching to allow the printmaker to print on a delicate surface that captures fine details. Cameron has adapted chine collé to her own creative process to form colorful abstract collages that reference the work of printmaker Robert Blackburn and the imagery of Henri Matisse’s cutouts.

While they may be visually reminiscent of Matisse’s cutouts, Cameron is interested in how collage became a mode of making that gave Matisse a second life as an artist after he could no longer paint. Cameron’s collages, comprised of experiments in form, color, and structure, are a way to capture movement. She focuses on the material and process as a way to create work in a spontaneous and fragmentary way, quickly transforming ideas in the studio. While viewing Robert Blackburn’s NYC subway mural, In Everything There Is A Season, Cameron had an influential experience. The scale, forms, and colors inspired her to create a series of chine collé prints as an homage to the printmaker.