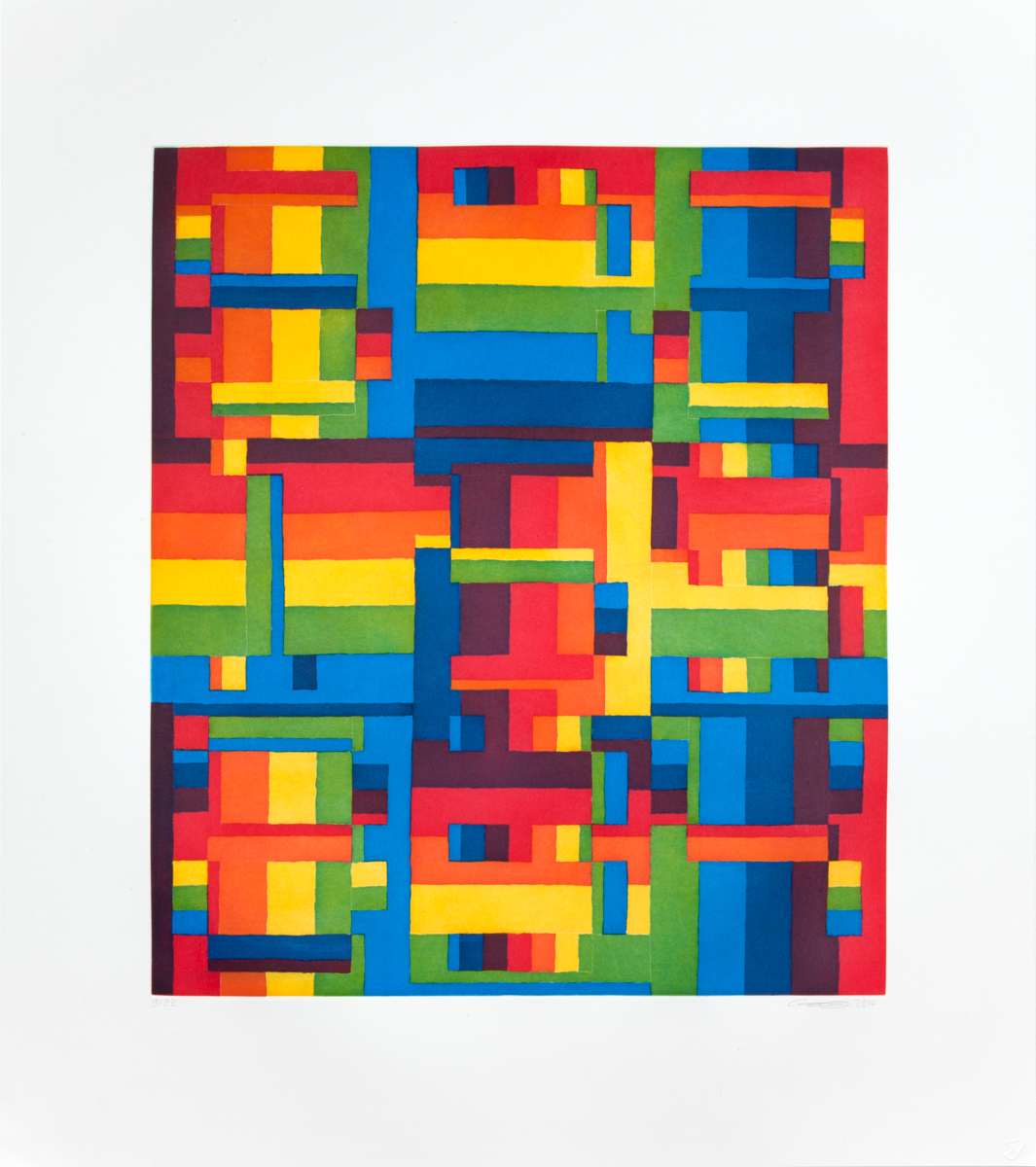 Download Press Release
Inquire
Xylor Jane’s work concerns numbers, usually gridded Arabic numerals in varying sequences. She has previously employed Fibonacci sequences, tetradic primes, simple counting progressions, and other numerological systems. For Third Order Magic Square for Deep Sleep, created during her first collaboration with Wingate Studio in winter 0f 2014, Jane has created a 3rd order magic square, or a 3 x 3 grid of numbers where each row, column, or diagonal of numbers adds up to the same number – in this case 15.

Color is central to the Jane’s work. Here, the artist has created bands of color progressions using her own subjective system. The colors have a specific order and relationship, from red to orange, yellow, green, blue, indigo, and finally to violet. She uses these bands of color in varying widths and orientations to visually create both the grid and the numbers. Here, the numbers are distinguished by the thinner bands of color that are oriented horizontally. The vertical wider bands of the same colors create the background. The result appears at first to be pure geometric color abstraction, until the viewer’s eye begins to follow the patterns that reveal the number system.

The entire range of is created using 3 plates, each inked with a primary color. The plates vary in density depending on the etching time, thus affecting the color relationships. When combined, the plates mix in different proportions to create the full 7 color rainbow. The means are deceptively simple, but the result is a complex and mysterious adventure for the eye.