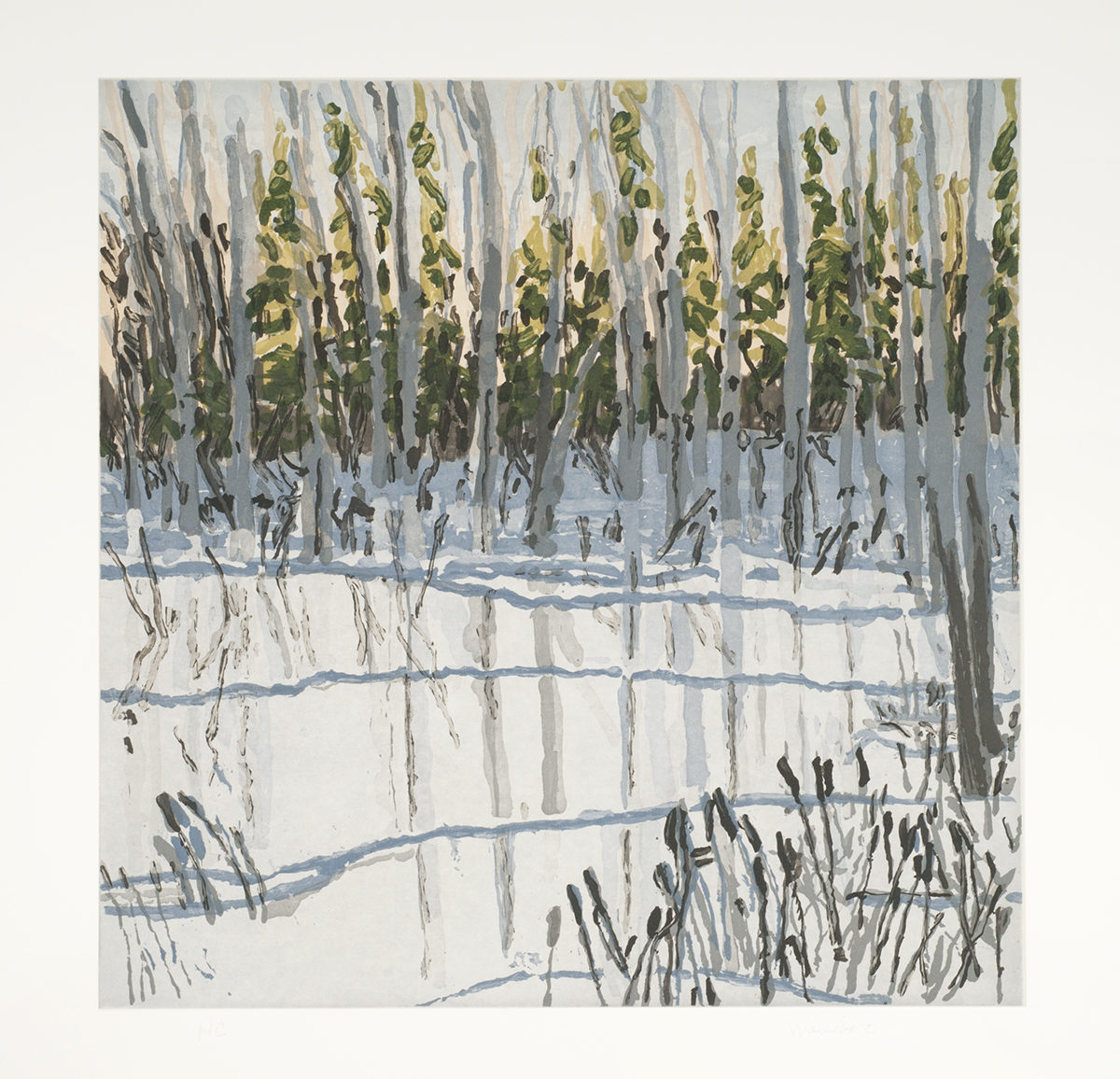 Neil Welliver (American, 1929-2005) is best known for his large-scale, vivid paintings and woodcuts of the remote Maine wilderness. Born in the small town of Millville, Pennsylvania, he first studied at the Philadelphia Museum College of Art, followed by Yale, where he worked under Josef Albers and Burgoyne Diller. The influence of these notable constructivists, as well as the rising popularity of abstract expressionism, showed in Welliver’s earlier experimentations in abstraction, including color-field painting, and watercolors of town scenes. He would go on to teach at Yale from the mid 1950s to the mid-1960s, by which time he had moved formally towards the representational, beginning to travel to Maine and paint the landscape there, as well as scenes of nude bathers in streams–their bodies abstracted by the moving water. Although he continued working as the chair of the University of Pennsylvania graduate school until his retirement in 1989, he moved to Lincolnville, Maine, in 1970, and by the 80s was painting landscapes almost exclusively. The resulting body of work nods to many of Welliver’s early influences, as he utilizes natural repetitions and distortions to represent the innate abstraction of the natural world, in a captivating cool palette. These mature works were based on long plein-air studies, where Welliver would carry a 70-pound pack of painting supplies into remote landscapes, and sit for three-hours at a time. He continued to paint landscapes surrounding his large property in Maine until his death in 2005.