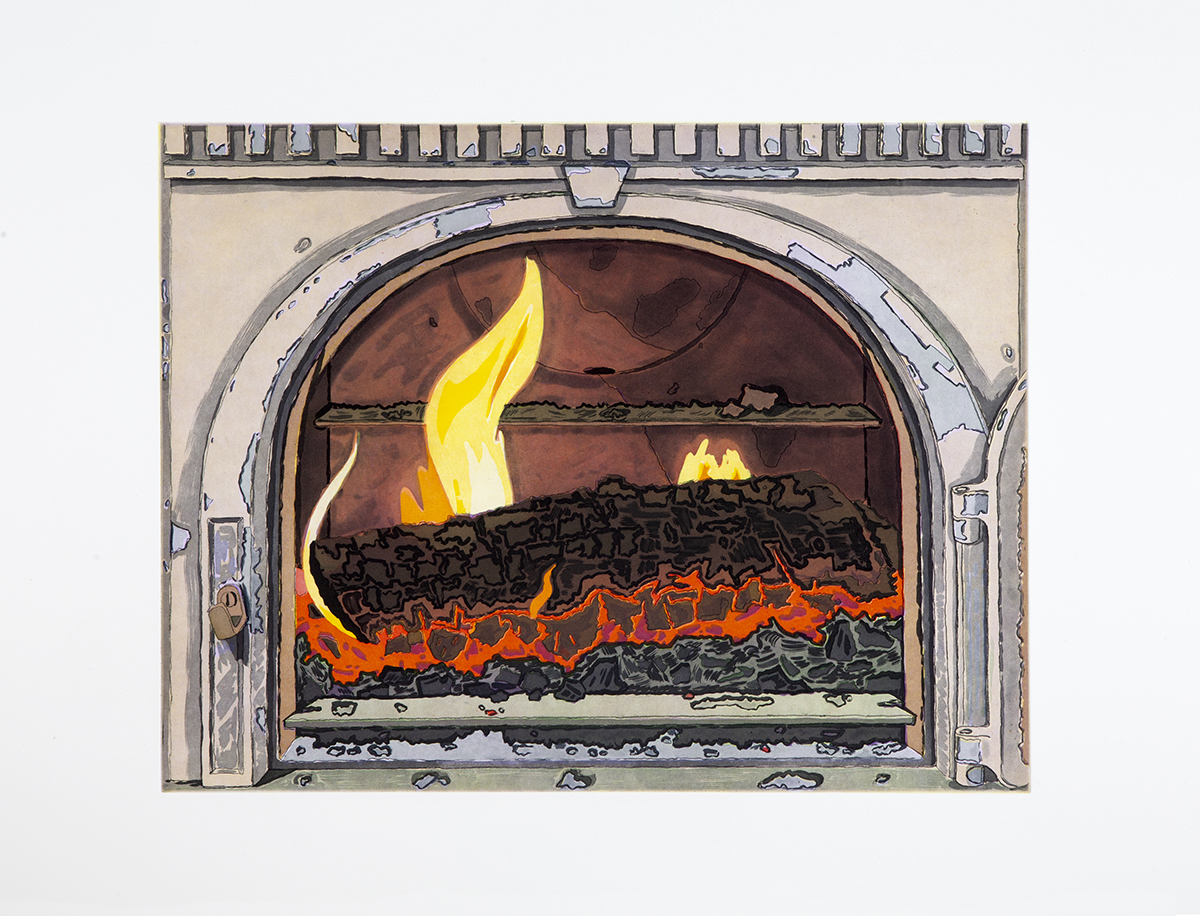 Download Press Release
Inquire
Josephine Halvorson makes paintings on-site in close proximity with her subject in its environment. The artist has described her process as less clinical than observation—more like developing a reciprocal relationship and using the medium of paint to transcribe variations in texture, light, and temperature. Halvorson’s intimate portraits of everyday objects capture both a likeness and elements that are felt rather than seen, such as emotion, time, history, and place.

Fire, 2019 is a life-size depiction of the wood stove at Wingate Studio. The artist began her project in fall of 2018, continuing through the winter, spring and summer. As her first etching, she tried many processes before finding her hand in this medium. As the project progressed, the artist came to understand that it was impossible to fix light and flame especially through this deliberate medium that was slower and less direct than painting. She asked, “how does one take something that’s changing and transforming before them and give it form through process?” Halvorson watched the work evolve as it took on a life of its own. The façade of the stove morphed, at times appearing like a map of the world, a landscape, or neoclassical architecture. She found a rhythm in making a decision, proofing, and deciding where to go next, while maintaining the vitality of the moment. The artist has said that some of the most important experiences in her life have been brief, even lasting a second. Here, the barely perceptible moment of a flickering flame is realized through a slow, layered process. This contradiction gives meaning and asks us to wonder by spending time and paying attention. The intimacy of this portrait gives the viewer the experience of an encounter with an object that, like most of the peripheral or minor stuff of life, has a bigger story to tell. 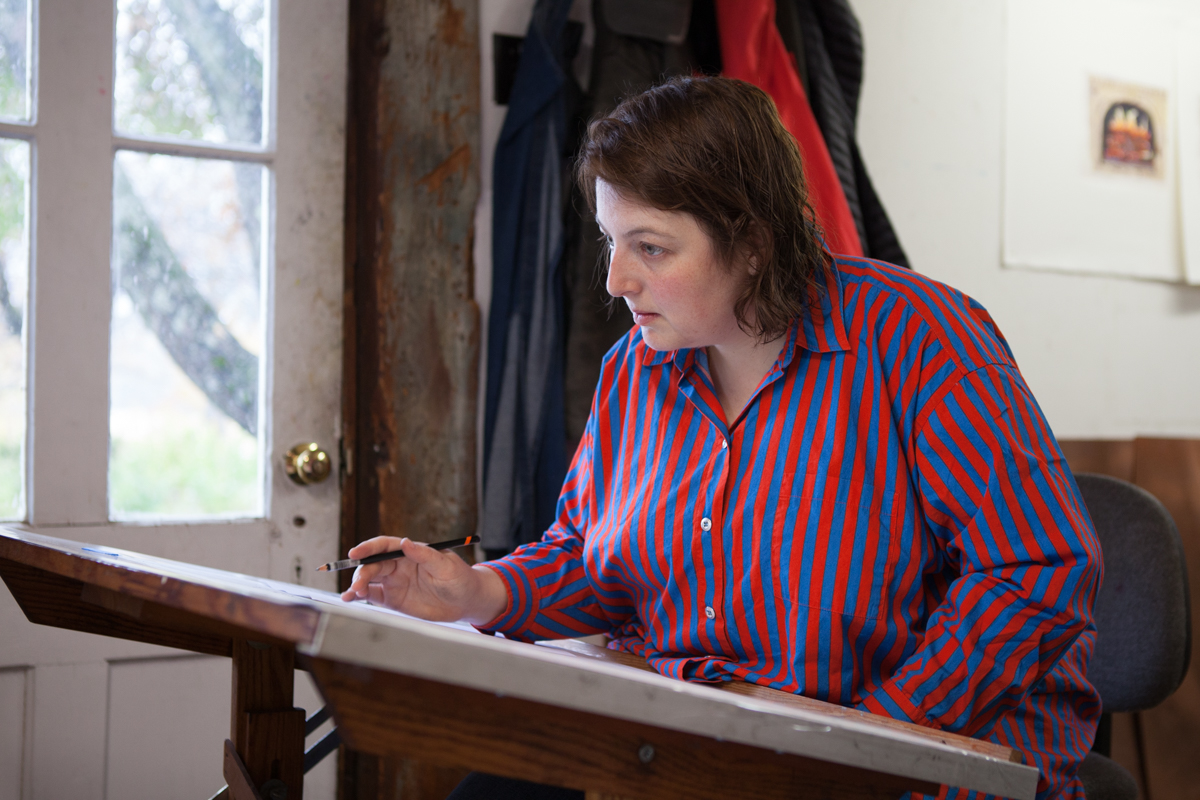 Josephine Halvorson holds a BFA from The Cooper Union (2003) and an MFA from Columbia University (2007). She is the recipient of a Fulbright Fellowship to Vienna (2003 – 4), a Louis Comfort Tiffany Foundation Grant (2009), and was a fellow at the French Academy in Rome (2014 – 15). This fall, her work is on view at The Institute of Contemporary Art in Boston as part of The James and Audrey Foster Prize Exhibition.

Halvorson’s work has appeared in many solo and group exhibitions throughout the United States, Europe, and Asia. This past spring, Halvorson made a body of work in Matanzas, Cuba which was exhibited a part of the Havana Biennial. In 2016, she exhibited large scale sculptures at Storm King Art Center and in 2015 had her first museum survey exhibition, “Slow Burn” at the Southeastern Center for Contemporary Art in Winston-Salem, NC. Her work is represented by Sikkema Jenkins and Co. in New York and has been written about widely in a variety of art publications.

Halvorson is also a teacher and holds the position of Professor of Art and Chair of Graduate Studies in Painting at Boston University. She has also taught at the Skowhegan school of painting and sculpture (2018), Yale University school of art (2010-2016), Paint School (2018), among many other institutions