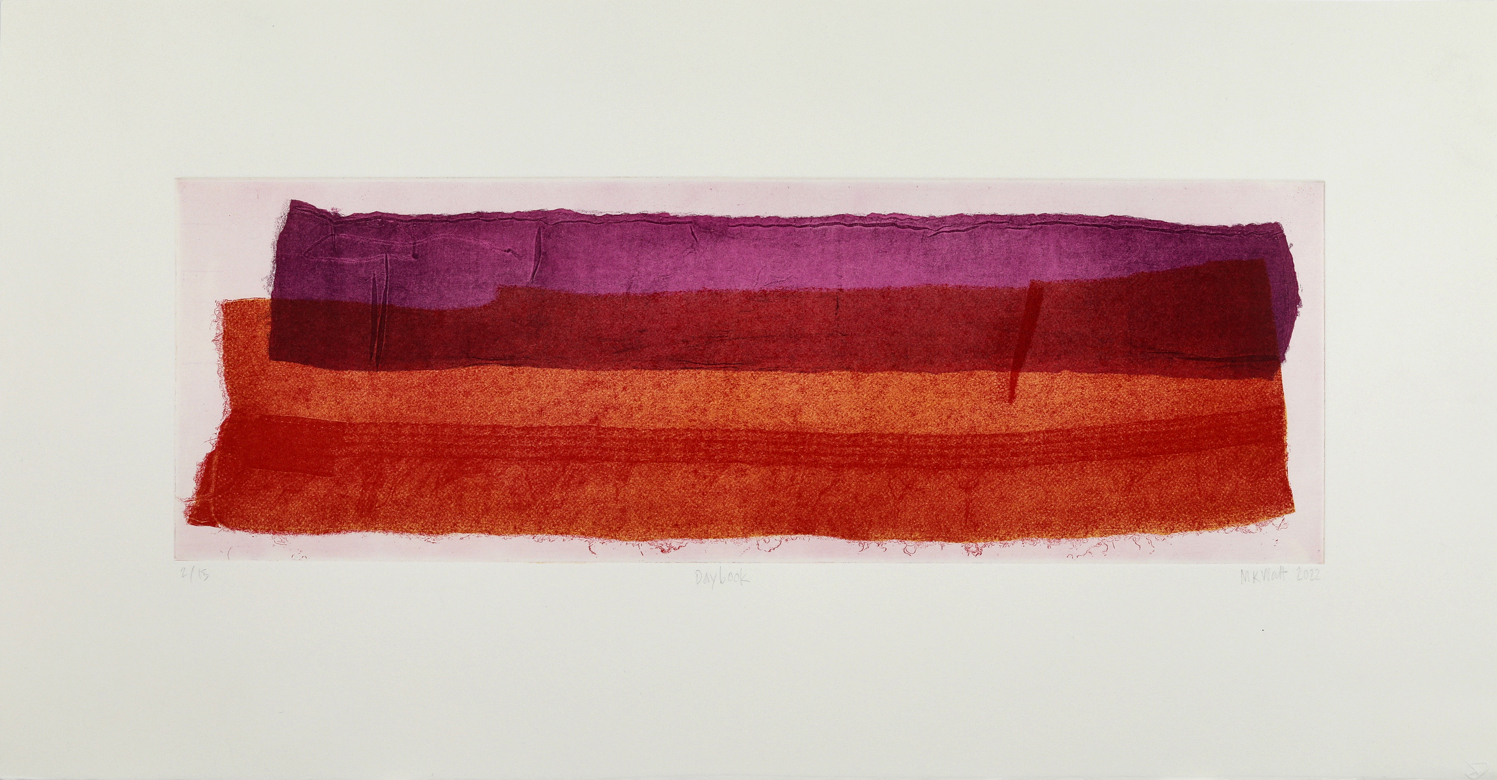 A daybook marks time and story. This print is a daybook entry of sorts.
-Marie Watt

Wingate Studio is pleased to present Daybook, a new etching by Marie Watt. The artist began her four plate aquatint etching in collaboration with Wingate Studio in the fall of 2021 during a residency at Yale University’s Print Catalyst program. Alexander Valentine, Senior Critic and Printshop Coordinator, and Elisabeth Hodermarsky, Curator of Prints and Drawings at the Yale University Art Gallery, invited Yale alumni Marie Watt and Wingate Studio to produce a print on site using Yale’s etching facilities, in part an educational opportunity for students. The resulting print is in the permanent collection of the Yale University Art Gallery. This is Watt’s first project with Wingate Studio, and grew out of a conversation that reflected on sunrises and the phenomenological experience of enveloping light, color and sound that embody the space on the horizon. The artist asks us to contemplate Joy Harjo’s poem Singing Everything, and asks, “How can we sing a song for sunrises and shared experiences that happen at the horizon? How can we witness and protect them?” Of the fabric she has chosen to work with for this project, she says, “I’ve come to think of the satin bindings on blankets as ledger-like. In the course of sleep and intimate acts under covers, bindings are imprinted upon, physically and metaphysically with the matter of sleep, dreams, and waking life. How are our stories and dreams imprinted on this woven threshold?” Speaking further of her experience collaborating with Wingate, the artist reflects, “The history of call and response has emerged in my work in the form of twinning text. I have come to think of this twinning language as a calling back to our ancestors and forward to future generations. It is meaningful that this print was created by Peter and James Pettengill of Wingate Studio. While the process of collaborating started in New Haven, CT, the print was editioned in New Hampshire on a working farm (and now print studio) that has been in the family through four generations. The work of sharing knowledge and stories across generations, disciplines, and a cultural diaspora is a touchstone for this work and that of this daybook across time.” 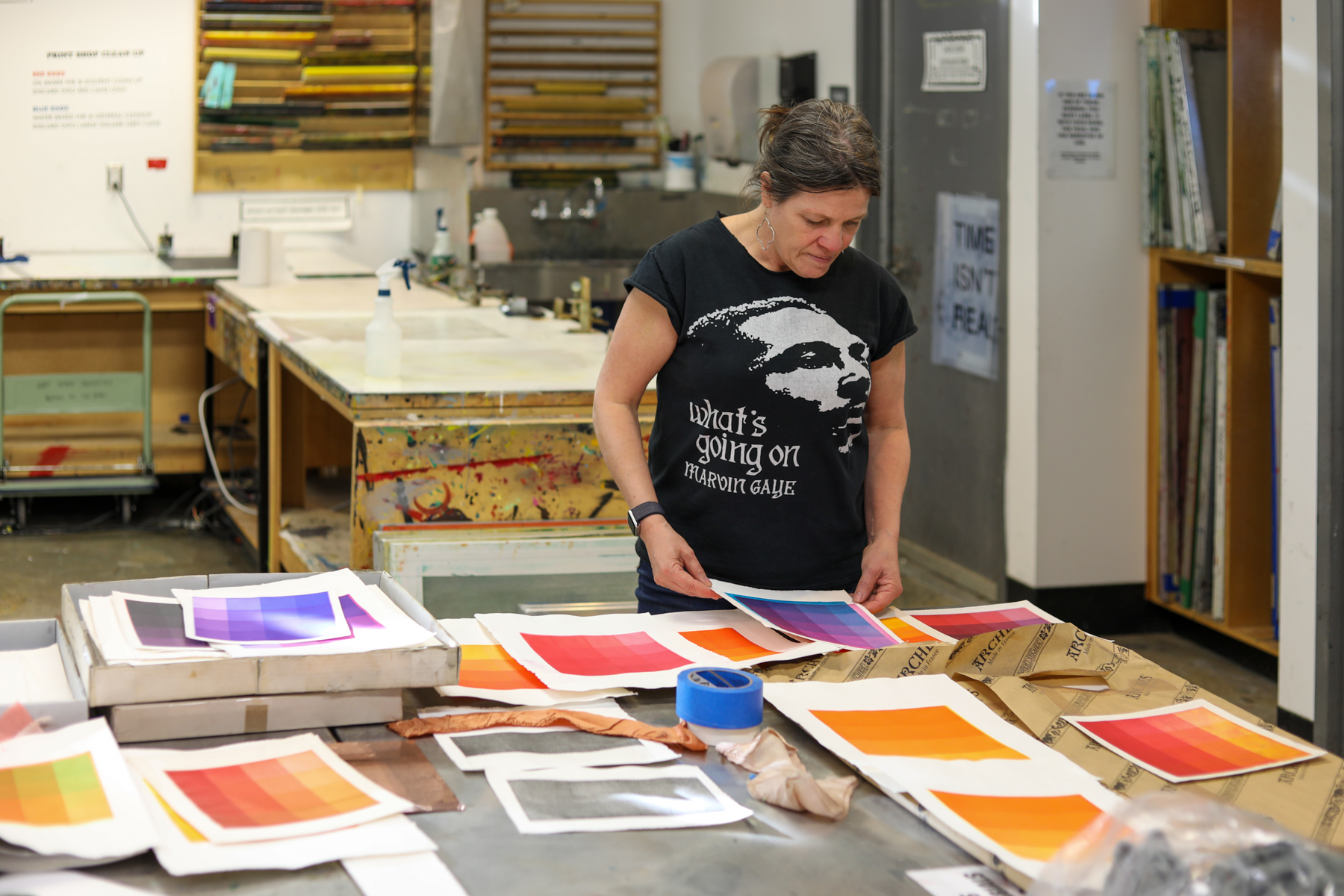